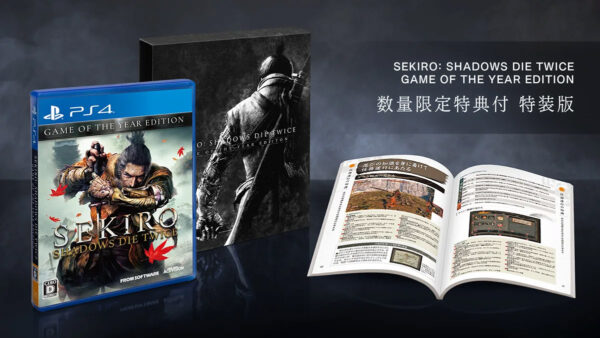 Developer FromSoftware has announced that Sekiro: Shadows Die Twice is receiving a “Game of the Year Edition” exclusively for PlayStation 4 in Japan on October 29 for 4,800 Yen.

According to the game’s official website the “Game of the Year Edition” will include a guidebook and a special equipment package. It will also include the recently announced free update which is scheduled to release worldwide the same day on the disc.

The free update will include:

Three outfits:  the “Tengu” outfit, the “Old Ashina Shinobi” outfit, and another which is currently unknown.

Reflections of Strength is a game mode that allows players to challenge any boss for a re-match that has been previously defeated by the player.

Gauntlets of Strength are single-life challenges where players are thrown into a series of battles against various enemies.

Remnants allow the player to register a 30-second recording of their gameplay and a message which can be accessed by other players.

Sekiro: Shadows Die Twice is currently available for PlayStation 4, Xbox One, and PC.