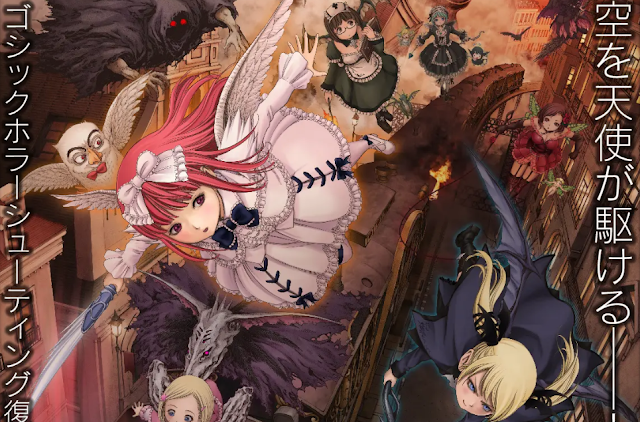 Publisher City Connection has announced that Deathsmiles I & II is coming to Nintendo Switch, PlayStation 4, and Xbox One next year in Japan. The collection will include Deathsmiles, Deathsmiles Mega Black Label, and Deathsmiles II.

Deathsmiles is a horizontal side scrolling shoot ’em up arcade game where you take the role of one of five Angels to defend the magical land of Gilverado from an invasion by Hell itself!. Developed by CAVE and released in late 2007. The game is notable for its aesthetic style, featuring heavy occult and gothic influences. It is the second CAVE shoot ’em up to be played using a horizontally-oriented monitor (the first being Progear, followed by Akai Katana). It was also the first CAVE shooter released in North America and Europe on a console.

Deathsmiles Mega Black Label is a heavily modified version of Deathsmiles. It was released in arcades 2008, and included in the Deathsmiles Xbox 360 port (as DLC in Japan, on the disc in Europe and North America). It added Sakura as a playable character, as well as the Crystal Shrine stage, and a harder difficulty setting, Level 999.

Deathsmiles II is the sequel to Deathsmiles. It is the first CAVE arcade game to use polygons instead of their traditional sprites for graphics.

Check out the teaser trailer below: